Who Was Alexander Wilson? 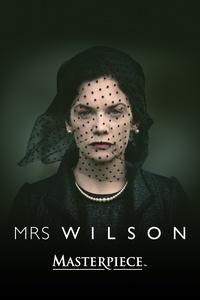 Ruth Wilson (The Affair, Jane Eyre) stars in this drama inspired by her grandmother's memoir. Alison Wilson thinks she is happily married until her husband Alec (Iain Glen, Game of Thrones) dies, and another woman claims to be Alec’s wife. Alison is determined to prove the validity of her own marriage – but is instead led into a world of disturbing secrets. Coming to MASTERPIECE on PBS in 2019.

Funding for MASTERPIECE is provided by Viking and Raymond James with additional support from public television viewers and contributors to The MASTERPIECE Trust, created to help ensure the series’ future.

One of the most popular drama series in TV history -- Bringing you the best in classic adaptations, mysteries filled with eclectic characters, and provocative contemporary works.

Take a look at our definitive timeline of spy and author Alexander Wilson's mysterious, extraordinary life, spanning from his birth in 1893, through his marriages, the births of his children and all the way through his untimely death in 1963.