What Is Beecham House? 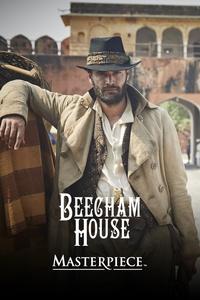 Gurinder Chadha’s (Bend it Like Beckham) drama Beecham House is set in 19th century Delhi before the British ruled in that region. Tom Bateman steps into the role of John Beecham, a handsome former soldier who has purchased the mansion, Beecham House, to begin a new life. The cast includes Lesley Nicol (Downton Abbey), Gregory Fitoussi (Mr. Selfridge), Adil Ray, Pallavi Sharda, and others.

Funding for MASTERPIECE is provided by Viking and Raymond James with additional support from public television viewers and contributors to The MASTERPIECE Trust, created to help ensure the series’ future.

One of the most popular drama series in TV history -- Bringing you the best in classic adaptations, mysteries filled with eclectic characters, and provocative contemporary works.

Everything You Need To Know

Beecham House is coming to MASTERPIECE! You’ll be able to see all the episodes first on March 1, 2020, when you watch with PBS Passport. Before you binge all the episodes, find out about the swoon-worthy stars, the intriguing plot, the scenic filming locations, and more!